One of the USSR’s most extravagant architectural projects involved baroque decor, high vaulted ceilings, grand murals and chandeliers. A place named “palaces for the people” by Joseph Stalin; Moscows Metro is home to the work of the former Soviet Era architects (Vladimir Schucko, Vladimir Gelfreich and Igor Rozhin, Elektrozavodskaya– to name a few), and happens to be included on the worlds list for being the most luxurious subway stations in the world. When photographer Alena Nikiforova took her vision to the underground of Moscow, transforming the metro into an artist’s atelier the results were stunning. Alena Is a photographer known for her avant guarde style, and enjoys to use milk, and juice with her subjects to create her photos. As for these images of Moscow Metro Fashion..what are your thoughts? Gilded? Ethereal?

[Stalin] directed his architects to design structures which would encourage citizens to look up, admiring the station’s art, as if they were looking up to admire the sun and—by extension—him as a god. With their reflective marble walls, high ceilings and grandiose chandeliers, many Moscow Metro stations have been likened to an “artificial underground sun”.-Amusing Planet 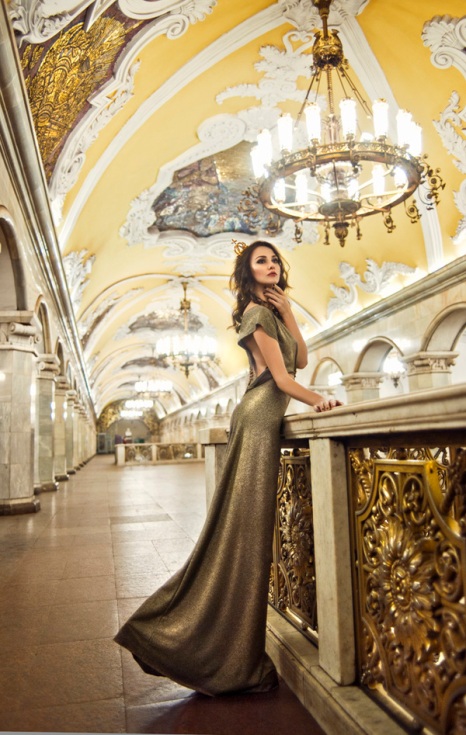