Vika Gazinskaya’s Fall winter 2014 campaign is taking on a futuristic approach!! The Russian fashion designers collection features clothes with tattoo details on delicate “powdery-tissues”, pastels, wide ruffles and outfits with structure- depicted in true look-book fashion, where Photographer and video artist Ernest Yakovlev took images, and made them into a modern video version, to delight true Vika fans. Here’s the link to the Video on Buro 24/7.

Vika’s not only trying out a modern campaign, she’s also been expanding the market for buyers- not many of Russia’s fashion designers can sell items abroad- and at one point Gazinskaya herself  thought of abroad sales  of her collections as mere wistful thinking. Vika’s spring-summer 2014 collection will be debuting in the Japanese concept store Restir, and Chinese Galeries Lafayette in Beijing. While, the following autumn Vicki Gazinskaya’s designs will be sold at Galeries Lafayette in Paris ,to Opening Ceremony in New York and Boon a Shop in Seoul, South Korea. 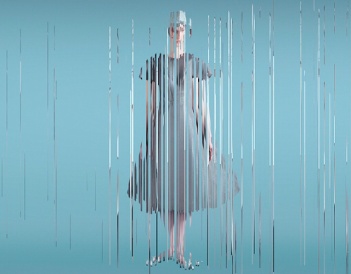 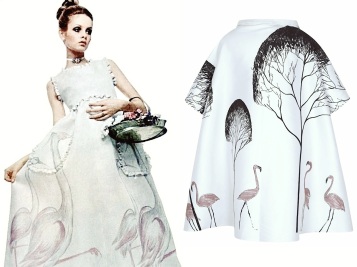